But for, a very determined and courageous 31 year old mother named “Zapopan Soria” I would not be writing this blog today much less as an attorney focusing in bankruptcy law. In fact, I would probably be practicing in a profession far removed from that of a lawyer or any other professional career. I can honestly say that at this stage of my life I would be living in Mexico as an uneducated permanent member of the poor class making a living as a laborer.

In more than one respect, we are the products of our parents and the choices they make when we are young. Decisions they make about what values, education, religion, and including where we should reside permanently are such critical child rearing issues that affect us for the rest of our lives. And for illegal immigrant children, the decision their parents make about whether to involuntarily return to a life of poverty and despair in the face of an Immigration agent’s threat of incarceration and deportation and whether to stay and risk everything is but one burden parents carry. Decisions on whether to enroll their illegal Mexican children in an American school system in a very small American town, despite a huge cloud of uncertainty about whether it would lead to immigration authorities becoming aware of their presence or would lead to questions about the family’s immigration status is yet another immediate burden these illegal parents face. These decisions that my mother and father made sealed our destiny for my siblings and me.

As you can guess by now, I was born in Mexico by circumstances beyond my control. I am a bankruptcy lawyer by profession and also an American citizen by choice. I was born to two Mexican parents in Mexico and raised briefly by two loving grandparents in Mexico, but most of all, I had the good fortune to be accepted by good hearted Americans and this beautiful country as a very young illegal immigrant child.

I am the product of two completely different worlds, with different languages, customs and traditions. Each with its own strengths and weaknesses.

What would I be doing today if not working for people who desperately seek my legal help with their credit card and medical debts and house foreclosure notices? Rather than a tie and coat, I would be wearing workman clothes smeared with coal dust and oil. For a well groomed face and hair, I would wear a dirty hard hat with a flash light and a face smeared in coal dust. In place of an air conditioned office with a comfortable chair and desk, I would be working a mile or two below ground crouched in low coal ceilings, digging coal all day or night, depending on the shift. In place of a paper and pen, I would be on my knees holding a pick and shovel constantly scraping out coal and enduring constant exposure to ice cold water on my lower extremities. No wonder my mother was so grateful being granted her American citizenship with all its rights and privileges. She accomplished this despite a very broken English just prior to her death. I can still recall her talking about the elections and primaries between Obama and Hillary. She was an ardent American Patriot before she became a citizen. When she visited our Mexican relatives she made it clearly known where she stood, defending the United States whenever political or social issues would come up in conversations about the U.S.

I was born on December 17, 1957 in the State of Coahuila, Mexico. The town I came from is a small Mexican coal mining town located in the high desert country, the northeast part of the
State of Coahuila. The State of Coahuila is a Mexican state neighboring Texas to the south. The population of the city of my birth is roughly the same size as San Marcos, Texas. That city’s dominating skyline features a tall coal smoking chimney and mining building. The mining plant and tower were built on the southern side of its downtown in the early 1930’s.

Getting to this coal mining town from San Antonio can best be done by driving to Eagle Pass and then across the border and travelling southwest via a two lane highway. It takes a little more than six hours to drive from San Antonio. Once you arrive there, off the highway, you will see a boulevard that splits the city in two parts. On your right you will see two adjoining schools. The middle school and the “Escuela Superior de Ingeneria” (Mining School which specializes in cranking out mining engineers). On the front of the building, the mining school used to have a very striking statute of a miner’s face and hat with a miner’s light on it. The style of the statute can be said to be very reminiscent to the labor or workers paintings made by Diego Rivera in the early 30’s .

Across the boulevard from the middle school on the left side you would find the one of the towns elementary schools. Public education in Mexico is free up to the six grade and then you must pay to get any further education. I attended that elementary school from first thru the fourth grade. The elementary school was quite rustic, without air conditioning and with barren playing fields. It consisted of two one story buildings parallel to each other with about six classrooms, one for each grade, restrooms and the principal’s office. A favorite school pastime of mine was to run in the back fields and booby trap them using the weeds by tying them together to make students fall when running or chasing each other. If you head south on the boulevard you will reach the downtown area about a quarter of a mile away. Further down on the boulevard from the schools you will pass a movie theatre and a church on the right side. Most, if not all the buildings, including their roofs are made out of cylinder blocks and concrete…. 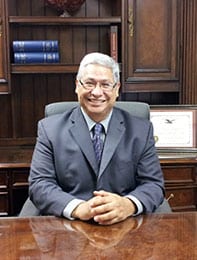